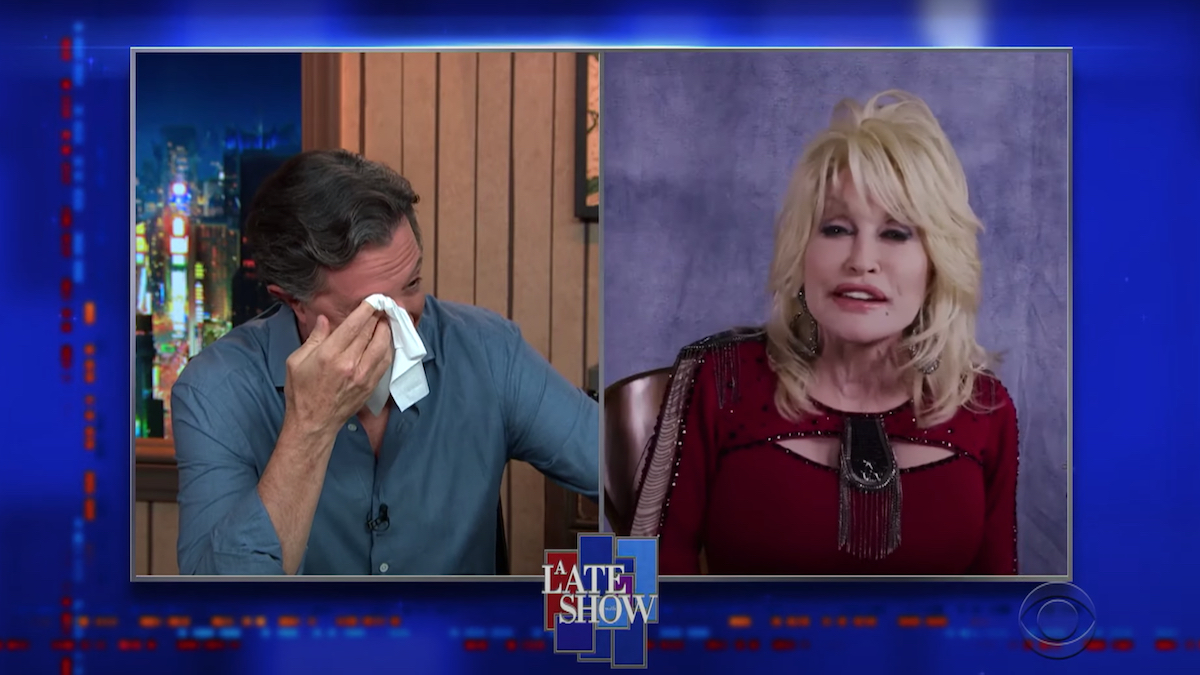 Dolly Parton appeared on The Late Show Tuesday night to make Stephen Colbert cry with the sound of her singing. Of course, that wasn’t the express purpose of her visit — in fact, she wasn’t even supposed to perform — but when she showcased a little of her vocal talents, it brought the host to tears.

The country icon was on the late-night program to promote her new coffee table book, Songteller: My Life in Lyrics, which is out next month. Colbert asked about the songs that introduced Parton to storytelling via music, specifically the ones her mother used to sing to her. In response, she began singing a tune called “Bury Me Beneath the Willow”, a tale of a bereaved woman left at the alter. As she went into a second stanza, she noticed Colbert getting weepy.
/134312942/COS_Outstream_1_1

“Oh, you’re crying?” she asked, before continuing to pull those tears from the host’s eyes with more of the song. “So I better hush before you cry yourself to death and you can’t finish the show,” Parton joked.

“Like a lot of Americans, I’m under a lot of stress right now, Dolly,” said a chuckling Colbert, still dabbing at his eyes. “You got under my tripwire right there, I’ll tell ya right there. That was pretty beautiful.”

Hey, Colbert, we’re right there with ya, buddy. This has been a beyond trying year, and a few cleansing tears aren’t a bad thing. So grab your tissues and watch the moment below.

The rest of the interview was centered on Songteller, Dolly’s new Christmas album, her favorite songs of her own, and a tease of what music she’s working on next. Watch the full two-part chat ahead.

.@DollyParton sings “Bury Me Beneath The Willow” and I think somebody is cutting onions. 😭 #LSSC pic.twitter.com/zoUmBN77vZ