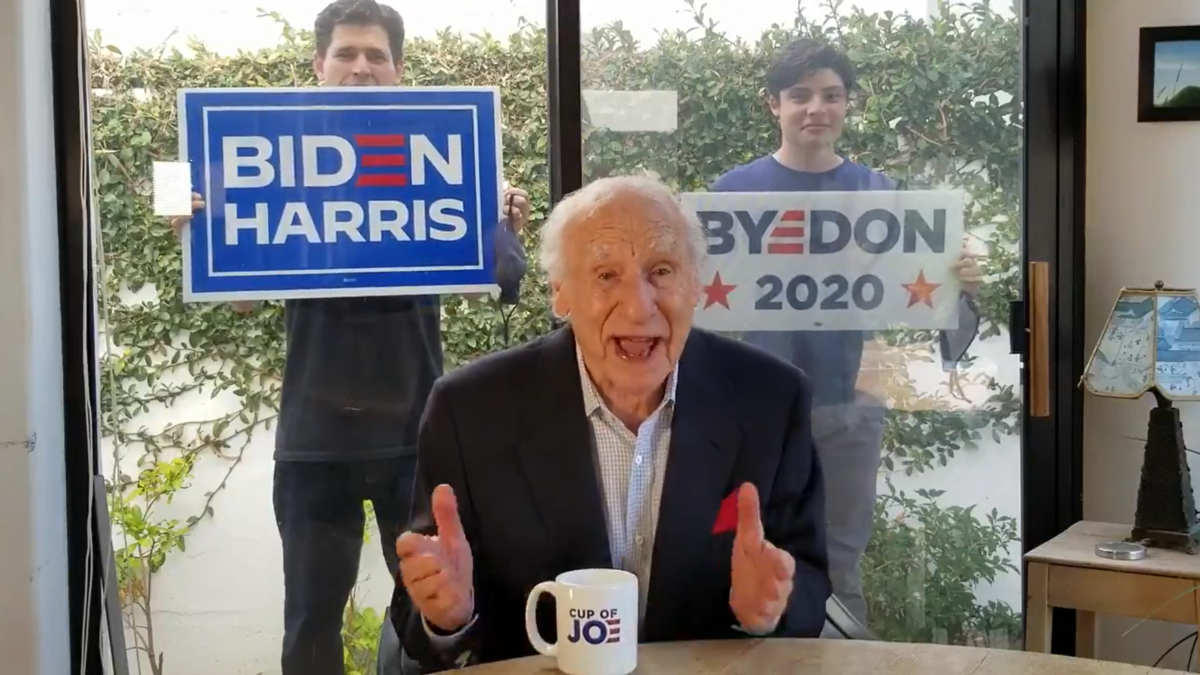 In the minute-long visual, the 94-year-old Blazing Saddles and Young Frankenstein director is seated at his kitchen table while his son and grandson are behind him on the other side of his glass back door. “They can’t be with me,” Brooks says. “Why? Because of this coronavirus, and Donald Trump’s not doing a damn thing about it.”
/134312942/COS_Outstream_1_1

Even at his age, the Space Balls director hasn’t lost his taste for dark humor: “So many people have died, and when you’re dead you cant do much,” he says with a dramatic deadpan. “So I’m voting for Joe Biden. Why do I like Joe? Because Joe likes facts. Because Joe likes science.”

Who knows if celebrity videos like these will actually reorient anyone’s opinions less than two weeks out from Election Day, but it’s funny to see Mel Brooks doing his thing after all these years. It’s also a testament to the importance of the 2020 Elections. “I gotta fill out my ballot,” he whispers to the camera after his family members walk away. Watch it below.

Back in August, HBO Max added an historical disclaimer to Brooks’ beloved 1974 satire Blazing Saddles in order to contextualize its questionably problematic elements.

My father, @MelBrooks, is 94. He has never made a political video. Until now. #MelBrooks4JoeBiden#BidenHarris#GrassrootsDemHQ pic.twitter.com/yQZhopSbNV